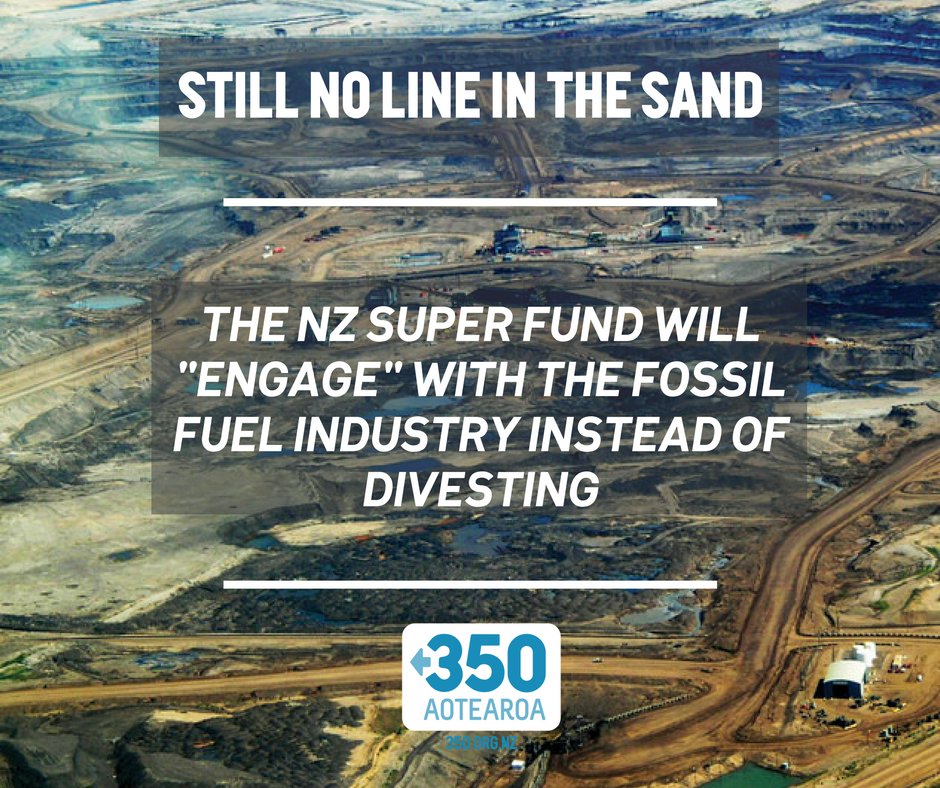 The NZ Super Fund has since responded, failing to commit to divesting from fossil fuels, instead announcing that [it] will simply talk to fossil fuel companies about the issue, as if that is going to make any difference.

Last year, over a hundred unite union delegates voted to adopt a climate justice policy that affirmed our union’s support for calls to leave the world’s remaining fossil fuel resources untouched. [2] That call has been soberly validated in a recent study by Oil Change International that recommended that no new infrastructure should be developed if we are to have any chance of avoiding catastrophic climate change.

“By signing on to this open letter Unite Union is recognising low paid workers in precarious work are the most vulnerable and least responsible for causing climate change. Low income earners and people who are economically vulnerable are the least resilient to economic, energy and weather-related shocks that are coming down the line.”, said Gary Cranston, Unite Union’s climate justice spokesperson.

“We understand that this burden will fall first and foremost on vulnerable people and Unite Union members don’t want their savings used to create an insecure future for them. That is the opposite of what our our Super Fund is meant for.”, said Mr Cranston.

“Ninety per cent of staff at the New Zealand Super Fund are on six-figure pay-packets and while they may not be worried about the impacts of climate change as a consequence, we certainly are.”, said Paseka Afaese, who works at a McDonald’s restaurant in West Auckland [3]. Ms Afaese’s family are familiar with environmental disaster after their home town of Lalomauga in Samoa was levelled by a tsunami in 2009. [4]

“While their wealth will insulate them from climate impacts, people on low wages who are reliant on future income security from their Super Fund won’t have that protection.”, said Mr Cranston.

“Donating our retirement savings to companies that are destroying our future has got to stop. In fact, if we are to secure a safe and healthy future for our communities and whanau we must reverse this trend.  That money could be invested in projects that support a Just (fair) Transition: A fair pathway to protect the climate, and our future’s.”, said Gary Cranston.

Unite union calls on the NZ Super Fund to genuinely divest from fossil fuels, by;