McDonald’s in New Zealand has signed a new three-year collective agreement with Unite Union after union members voted 97% in favour.

The agreement was concluded after the Covid-19 crisis had started enveloping the world and the Unite Union bargaining team decided to focus bargaining around getting as strong a guaranteed hours clause as possible.

The new agreement provides for guaranteed hours for all staff but even more importantly it has an enforceable mechanism to improve hours over time if a worker wants that to happen. 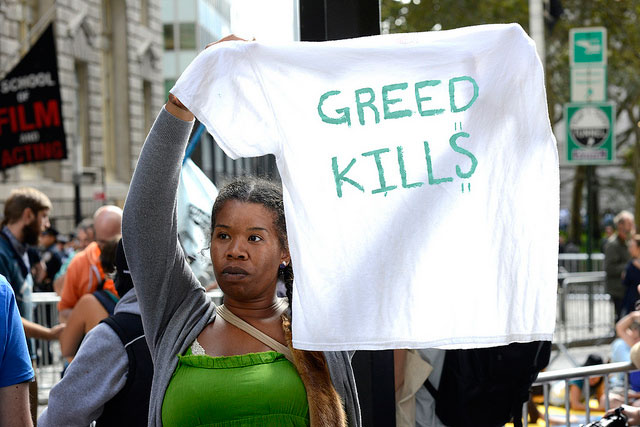 Since the end of zero-hour contracts in New Zealand in 2015, many managers and franchisees employed new staff on very low minimum hours as a way to circumvent the new law. While a court case confirmed that a worker could turn down any hours rostered above the minimum, the company relied on the fact that few workers would be able to do that out of fear or need.

The mechanism’s in the previous collective agreement to improve minimum entitlements were difficult to enforce. We needed to make the process as transparent as possible. The new agreement comes into effect as a new app is being used throughout the company for communications, rosters, and wage information. This app will be used to offer the new shifts to all staff whenever someone leaves and workers can simply click to accept. If more than one wants the extra work then it is allocated according to length of service in the first instance.

Rosters must also be placed on crew noticeboards each week. This was asked for to allow workers themselves to see what hours were being freed up when people leave so they had tools to enforce their own rights. The union can also request reports on how the hours of those leaving are being allocated.

The app will also allow workers to simply click “yes” to join the union after an agreed notice is sent to them after 30-days of employment. Unite has been fighting for something like this at McDonald’s for many years and this is the first time we have achieved it for the whole company.

In the early 2000s, the legal minimum wage was much less for young people up to 20 years of age. The adult minimum was worth around 40% of the average wage and the youth minimum only 26% of the average.

Unite has campaigned for improvements in the minimum wage since that time and it has increased from $9 an hour for an adult and 7.20 an hour for younger workers to $18.90 an hour for everyone this year. In the new agreement, it is $19.00 an hour for McDonald’s workers.

Today the start rate in the industry is equal to 58% of the average wage and applies to everyone from 16 years of age.

The government parties have promised another increase to $20 an hour next April 1 but there is pressure in the crisis conditions to not deliver on that. An election is scheduled for September and the opposition National Party has indicated it may not proceed with that scheduled rise.

Unite Union currently has about 7000 members and the majority are fast-food workers. We have union collective agreements at all the major fast food chains including McDonald’s, Burger King, Restaurant Brands (covering KFC, Pizza Hut and Carl’s Jr) and Wendy’s.

We remain committed to building our union and improving conditions for all workers in the industry. We hope to extend our coverage to other brands and build our density within the existing brands.

We have been fighting to make sure fast food workers were protected as the industry was allowed to reopen drive-throughs from April 28, after a 4-week lock-down under what was labeled “level 4” due to the coronavirus epidemic. Restaurants could operate at Level 3 with drive-thrus permitted at fast food companies but with service “contactless” and customers two-meters away. Re-opening restaurants saw huge queues and most companies were reckless in operating safe social distancing inside and outside the stores.

Unite went on campaign mode to expose wrongdoing and improve conduct. We were successful in attracting significant media attention and this has helped in forcing companies to introduce changes, which will lead to true “contactless” service, with effective barriers in place where 2-metre distancing is not possible.

But there is still much more to be done, especially around distancing inside busy stores where a one metre distancing is required.

Moving to Level 2 from this Thursday will allow some seated service and take away counters used.

Social distancing and hygiene will remain critical. One advantage now is that the workers will no longer be behind closed doors and the union and the public can help workers maintain safe practices.

It has been proven and accepted around the world that one of the most effective ways to create, implement and enforce effective workplace health and safety is by involving employees from the very start.

This has been an “overlooked” priority in the fast food industry. But Unite will be seeking changes in law to ensure workers, delegates, health and safety reps and unions be empowered in new health and safety laws to require safe practice forever, not just during a crisis.