The Unite Executive are happy to announce that they have voted in favour of Unite signing on to a popular petition calling for an end to new fossil fuel permits (or expansion of existing permits) in Aotearoa.
This leads on from Unite Union's support of the same objective when we signed on to the open letter that put the pressure on the government to ban offshore oil and gas exploration, which they did.
It also aligns with our official position on climate justice that "Supports the call for the world's remaining fossil fuel resources to be left untouched." and sees us take a lead from tangata whenua led Climate Justice Taranaki, the organisation based in Parihaka that initiated the petition. 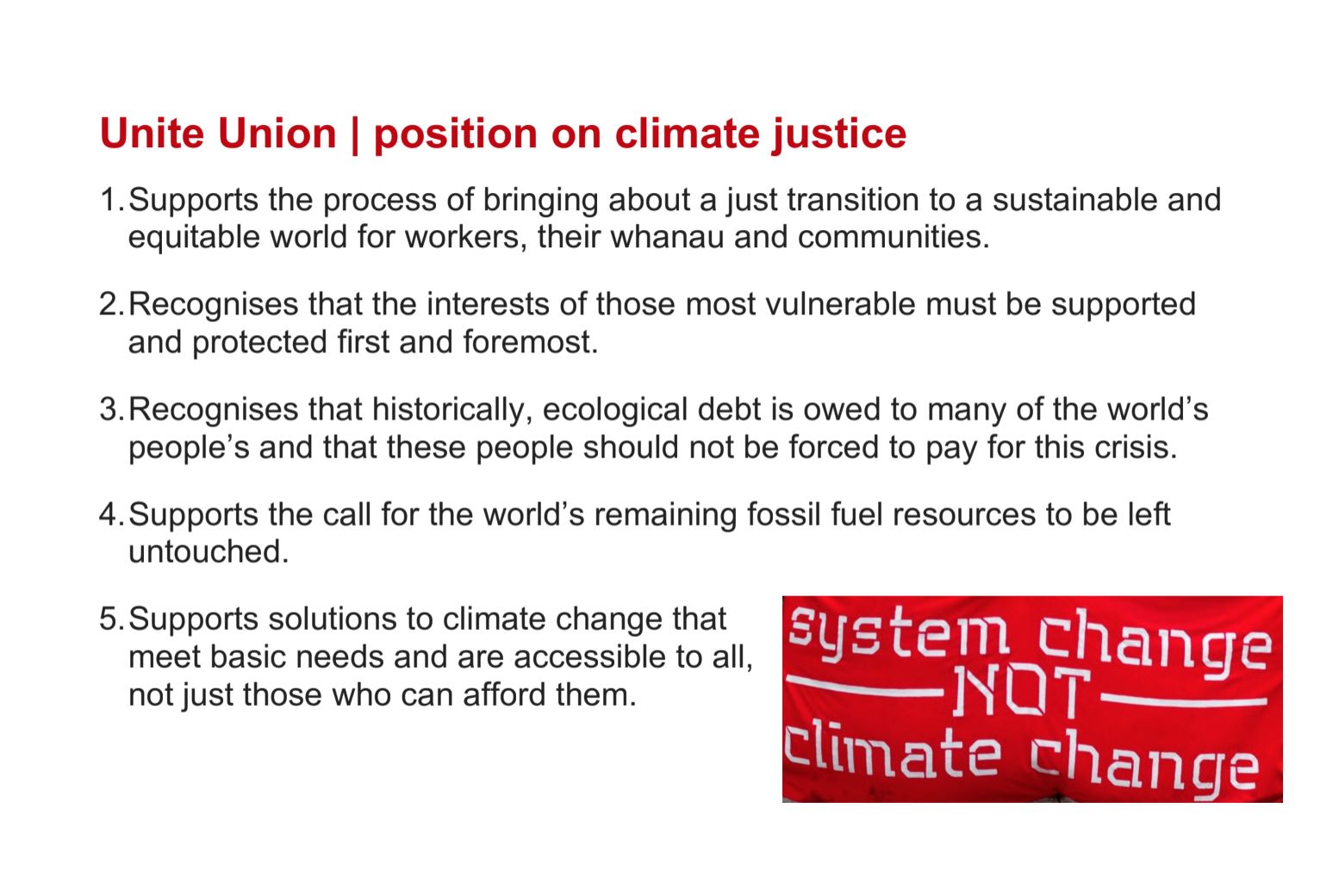 Signatories already include 350 Aotearoa, Oxfam Aotearoa, Para Kore, Pacific Panther Network, Parents For Climate Aotearoa, Environment & Conservation Organisation of Aotearoa NZ (ECO), World Wildlife Foundation (WWF-NZ), Frack Free Aotearoa NZ, Ecologic Foundation, Wise Response Society Inc, Environmental Justice Otepoti, Waikato Environment Centre Trust (Go Eco) and Stop The Coal Monster, Nelson-Tasman.
We hope that other Unions will join us in calling on the government to follow up on their claim that climate change is our "nuclear free moment." Unfortunately they have not followed through on this by taking the obvious step of confirming an end to exploring for fossil fuels, which need to be left in the ground.
Our government should be supporting workers transitioning away from climate damaging industry to decent, well paid, environmentally and socially positive livelihoods.
You can personally sign and share the petition here: https://our.actionstation.org.nz/petitions/no-new-petroleum-permits-in-onshore-taranaki-no-new-or-expanded-coal-mines-in-aotearoa
Gary Cranston
Unite Union Climate Justice Spokesperson
gary@unite.org.nz
029 4555 979