The government has announced a series of changes that will only intensify the crisis around migrant worker exploitation.

The government has allowed a significant reduction in approvals for permanent residency from the long-term guidance number of around 45,000 annually to only 35,000.
At the same time, there has been a continuing boost to the number of people allowed to come and work on temporary work (170,000) or student visas (100,000) to over 270,000 a year with a similar number here at any one time. This is up 50% on numbers just a decade ago.
A large percentage of those temporary visa holders are also held in a form of bondage because they are not allowed to change employer.
The end result is that someone needs to earn over $100,000 a year to be able to access the permanent residency. This wage level was imposed by stealth rather than officially alter the points required because the government can’t agree on the new numbers.
There have been huge delays in permanent residency applications. Successful candidates are left waiting for a year and charged tens of thousands of dollars in fees. this is on top of whatever may have been spent on tertiary courses to earn points towards a residence and subsidise the entire tertiary sector with around 20% of their income.
Many workers came here as students and have spent years of their lives and tens of thousands of dollars with the expectation that they would qualify for residency if they got particular qualifications or particular income levels. After they get here the rules and targets they need to achieve have been changed on them again and again.
Now the level is so high that very few people can qualify – even under the skilled worker category. The stupid thing is that even teachers and nurses don’t qualify when they were brought here on the implied promise that they would. 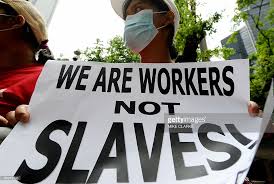 This policy has also meant that many workers deemed to have lesser skills (determined because they are paid less than $25 an hour) will not be able to renew visas after three years.
This also means that those workers who have been here up to a decade (or more in some cases) and were able to renew their visas again and again because they could show they were needed will now be kicked out when their visas expire. Most of the ones in this category have partners and children here. Many of the children were born here and know no other life that of New Zealand. And since 2006 that child is not eligible for citizenship by right of birth, unlike many other countries.
This is a cruel and heartless policy. There will be protests up and down New Zealand when these established and integrated families whose skills are still needed are told to leave – as there should be.
We need a pathway to residency for this group. The previous National Government proposed a solution for their mates in the dairy industry that anyone who had been working here five years or more could qualify to stay permanently. That policy should be applied to everyone.
Another consequence of this government policy will be a huge leap in the numb er of people become so-called “overstayers” as many try to stay and work as long as they can to try to earn as much as they can before they ultimately have to leave. A new layer of even more vulnerable and exploitable labour will have been created.
The labour movement will have to extend the hand of solidarity and refuse to go along with the inevitable demonisation that will follow.
Any worker brought to New Zealand under these systems designed to make them a vulnerable source of cheap labour should be given full legal rights of any worker in New Zealand, including the right to change employer at any time.
The so-called skills-based system is racist and elitist. It encourages fraud and deceit. If we need truck drivers and carpenters then people in those jobs should be able to access permanent residency with full rights associated with that.