SkyCity Casino will be dirty and dangerous tonight as essential workers strike in anger over CEOs pay increase.

"They are fighting for a living wage and that everyone get an above inflation pay rise. It is a disgrace that the cleaners and hotel housekeepers are not on the living wage. SkyCity is now the only major hotel company not be a living wage employer.

Cleaners and Security staff were essential workers over the lockdown and are being offered pay rises of between 4% and 5.6% which is well below inflation of 7.3%.

Meanwhile, the SkyCity Chief Executive has given himself a 50% pay rise. " said Sea-Unite Convenor Joe Carolan

Security at the Casino is a critical safety area. In recent weeks a machette was found in a toilet and a club with spike outside the staff entrance. A knife fight was also engaged in around the Casino.  The situation has got worse and worse for the guards since the deportation of the 501's from Australia who are often fully cashed up.

The Casino almost never excludes a high roller even when it is obvious they are laundering cash. South Australia's gaming regulator will conduct an independent review of SkyCity Adelaide as part of a broader Australian inquiry into ‘systemic’ failings of the casino industry.

A big majority of casino cleaning and security staff are Sea-Unite members and will be striking over the weekend. During a previous strike two weeks ago they were using non-security trained staff on the doors.

"If you want to avoid a dirty and dangerous place this weekend skip the Casino" said Joe Carolan, Sea-Unite Convenor.

If you want to support and Living Wage for cleaners and housekeepers and an above inflation wage increase for all staff the come to a public rally outside the casino on Saturday at 2pm.

Click here to support these low paid workers by donating to the Unite Union Strike Fund Givealittle page. Donations will be distributed directly to union members who have lost income as a result of taking strike action. 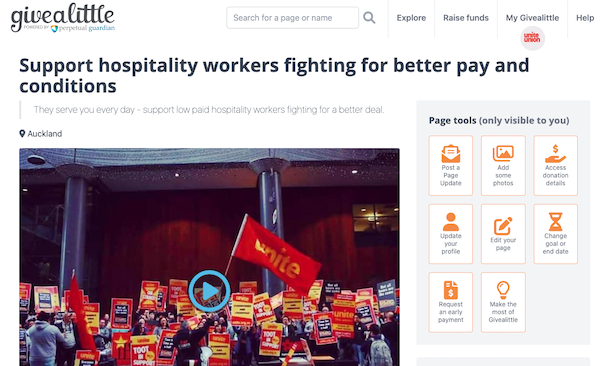