I am pleased about the government’s proposed changes to the Employment Relations Act.
These initial changes are mostly just reversing the reductions in rights for workers and unions made by the previous National government.

While these changes will make the unions job a little bit easier it will not significantly enhance workers power.
Changes that could potentially do that are planned for later this year and next year. The Labour Party has promised to reinstate the ability of unions to negotiate to end wage inequality for women and is looking at mechanisms to have minimum standards established for whole industries that have in the past ceased to be covered by union collective agreements. These are also potentially much more expensive and will threaten the “fiscal responsibility” rules the government has imposed on itself. 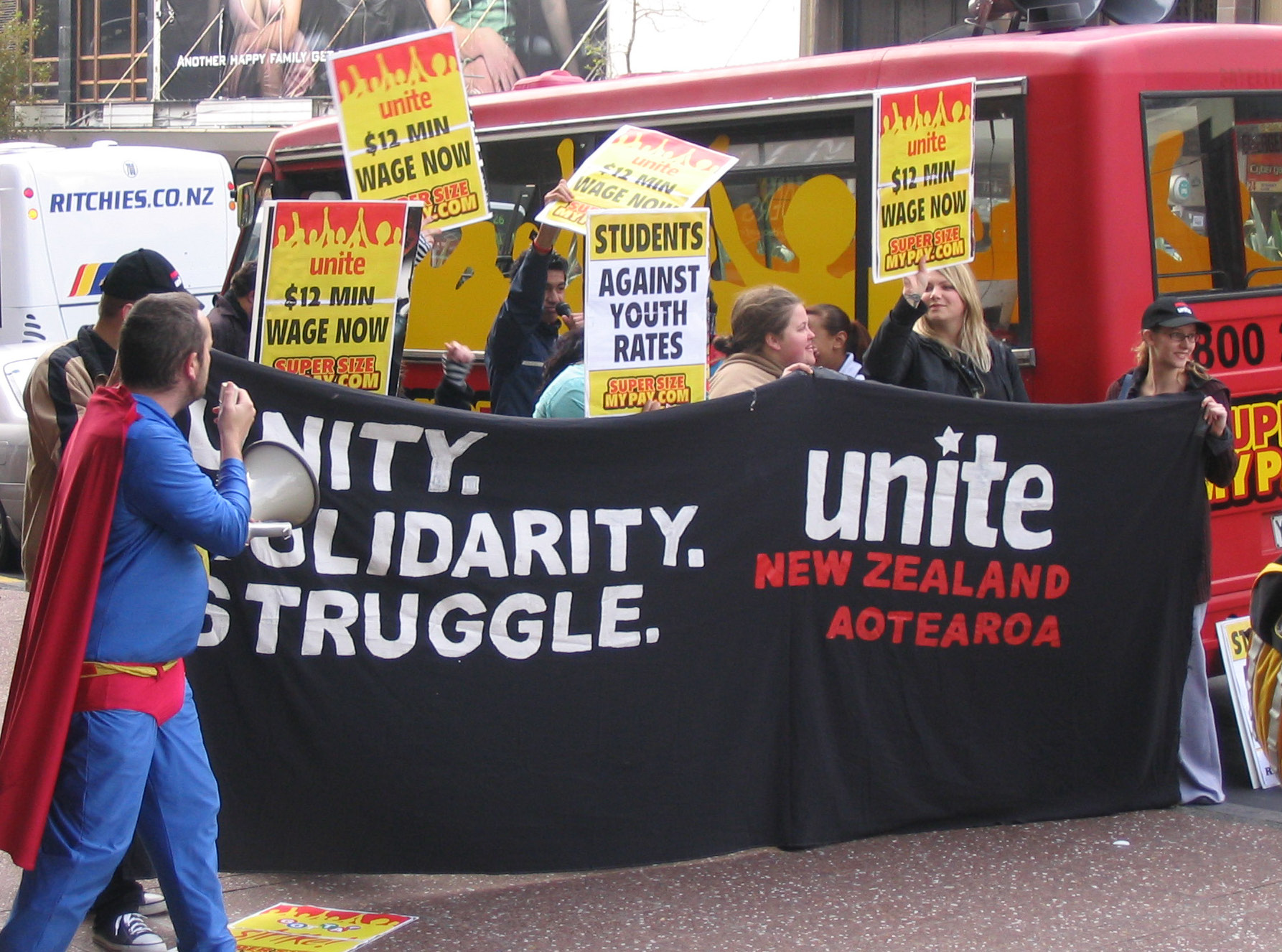 Unite launched the SupersizMyPay.Com campaign in 2003 for what was dubbed the "Unite Combo": Minimum wage increases, ending youth rates and secure hours.

The employment relations changes that are being proposed to happen over the next few months include:

• Reinstatement will be restored as the primary remedy to unfair dismissal.

• Further protections for employees in the “vulnerable industries”

• Restoration of the duty to conclude bargaining unless there is a good reason not to.

• Removal of the MECA opt out where employers can refuse to bargain for a multi-employer collective agreement.

• Restoration of the 30-day rule where for the first 30 days new employees must be employed under terms consistent with the collective agreement.

• Repeal of partial strike pay deductions where employers can garnish wages for low-level industrial action.  Employers have deducted pay for actions such as wearing t-shirts instead of uniforms.

• A requirement to include pay rates in collective agreements.  This is based on recent case law. Pay rates may include pay ranges or methods of calculation.

• A requirement for employers to pass on information about unions in the workplace to prospective employees along with a form for the employee to indicate whether they want to be a member.

One disappointing decision was maintaining the right of small and medium-sized companies with less than 20 employees to continue use 90-day trials with the right to dismiss. This covers about 30% of workers but they are also often already the more vulnerable ones.

In this blog I also want to note a few achievements of Unite Union over the last 15 years.

I want to do this because these achievements are worth celebrating in their own right.

They have been noted to a degree internationally. Unite representatives have been invited to conferences of unions and political movements in Australia, Brazil, US, Canada, UK, Ireland, Finland over the last few years and have spoken to meetings of members of parliament in four different countries.

Yet we have never been invited to speak to an academic or union conference in New Zealand – including the ones that claim to be left wing. Nor have we been invited to conferences of political parties other than one or two ‘far left” groups.

I was reminded by this because the “6th International Conference on Precarious Work and Vulnerable Worker” is being held in Auckland next week. It is a fascinating programme with many interesting speakers but it has a gap – especially since NZ is the host country – what Unite has done to challenge and overcome precarious work in some of the biggest industries using it.

On one level, I don’t care. I hate to sound like I am whining. I am happy for Unite to be judged on what we do not what we say. But I have come to a conclusion that there is a class bigotry in operation that is disrespectful to the tens of thousands of young workers who have joined Unite and fought heroic battles over the last 15 years which have achieved the results listed below.

For those who want to read a bit more about what Unite has done and how we did it see:

A Short History of Unite Union