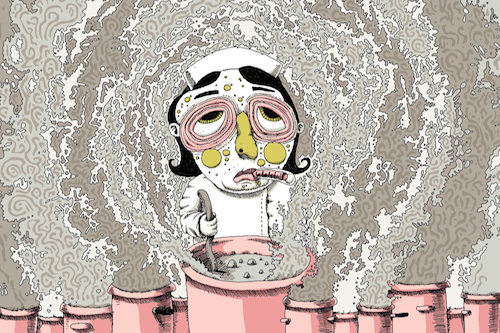 Denial of basic sick leave rights to hospitality workers is a now a major threat to the whole country according to Unite Union.

Unite has written to all employers it deals with to ask what plans they have to minimise risk to their employees and urging them to extend paid sick leave if employees have to stay away from work because of the covid-19 virus.

“We are very worried that workers will be directly forced, or have no choice but, to come into work even if they are sick” says Unite National Secretary Gerard Hehir.

“These are the people making your burgers and fries, cleaning your hotel room and filling up your bucket of popcorn to eat at the movies. No number of signs about hand washing, policies and tick boxes are going to protect customers and other employees if workers are coughing and sneezing while they prepare food and clean.”

Unfortunately the existing culture in hospitality is to make it as difficult as possible for workers to take even the minimum 5 days of paid sick leave they are legally entitled to each year.

These are just some of the tactics Unite regularly sees hospitality employers and managers use to force sick employees to work while sick:

A huge part of the problem is that hospitality employers choose to run on the absolute minimum staffing levels. That means if even one person is off sick it leaves the remaining staff under extreme pressure. Frontline managers are often forced to do their management tasks, fill in for sick workers and find cover -  all at the same time. The immense pressure they are put under leads directly to the above behaviour, but it also comes directly from head offices. We have seen written instructions to frontline managers not to replace sick staff to save on labour costs. The employer has a choice to have adequate staffing levels so that the business can run properly when workers are sick. Instead they choose to maximise profit over staff and customers well-being.

Workers don’t get any sick leave until they have been employed for six months. Because staff turnover is usually between 50% to 70% it means a huge chunk of hospitality workers have no sick leave at all. Those that have none, or have run out, are faced with the impossible choice of working while sick or simply not being able to pay the rent or feed themselves and their family. Requests for additional paid leave are routinely denied.

This is all bad enough during the normal flu season, a measles or a gastro bug outbreak, but with covid-19 already in New Zealand these practices are a major hazard to everyone’s health and safety. Current practices are already failing. A covid-19 outbreak in the hospitality sector could be devastating.

Employers need to ensure their workers are not directly or indirectly forced to come to work if they are feeling ill or need to self-isolate.  That should be the norm even without covid-19, but it is an urgent necessity right now.

Unite is calling on employers to:

• Extend paid sick leave entitlements when necessary to guarantee that any worker with a suspected communicable illness is able to take paid sick leave until the risk of infecting others is gone.

• Extend paid sick leave entitlements when necessary to guarantee that any worker who has come in to contact with someone that has a communicable illness is able to take paid sick leave until the risk of infecting others is gone.