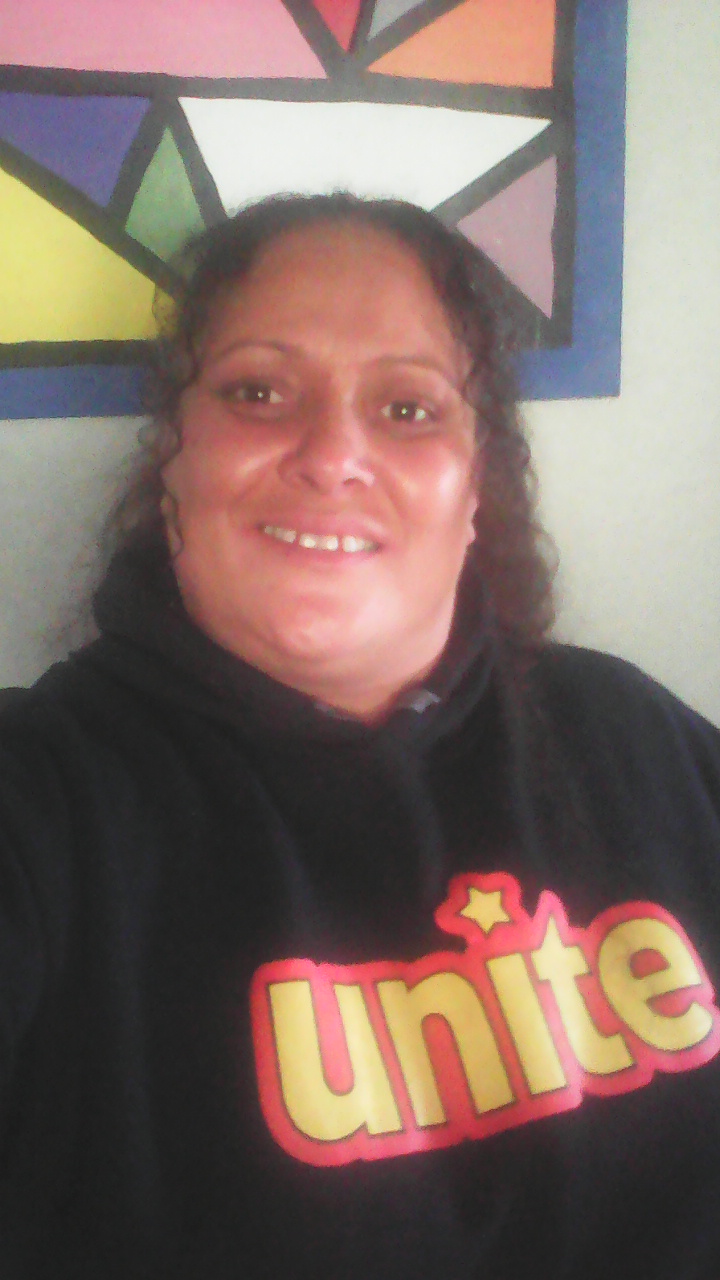 During the recent power outage in Gisborne our delegate and newly elected Unite Union Executive member and KFC worker Memory Leach went above and beyond her duties.

When the power went out Memory was still asleep as she had worked the night shift. She was awoken by members in the store ringing her telling her that the Restaurant Manager has told them all to go home, but they were scared that if they left they will not be paid.

Memory rocked up in her Unite Union hoodie and a thermos of hot tea and coffee in hands. The restaurant manager asked what she was doing there and Memory stated that she had brought the staff a hot drink and was there to make sure the workplace was safe for them to be in. Memory explained that she was making sure there was adequate lighting, ventilation and clean water for them to wash there hands. She also took a note of who was on shift at that time and took a photo of the roster to make sure that everyone will be paid, as no one was certain when the power was going to be turned back on.

Later that day Memory also notified members of where the water tankers were in Gisborne and that the City council was cooking sausages for people who couldn't cook anything or afford gas for the BBQs. She also went to Pizza Hut and Carls Jr to make sure they all were aware of their rights during the outage.

The next day Memory shot down to the City Council to make sure that the water was still safe to drink and again with another hot thermos of tea and coffee she went into KFC to recheck everything was running smoothly. By that time the generators were up and running but the store was not yet opened as the chicken had not been delivered. As it was the end of the pay week she mentioned to the Restaurant Manager "does payroll know which hours and which staff need to be paid for yesterday?". The Restaurant Manager quickly sorted it out.

Delegates are leading the way and being empowered to stand up and help others.

"I would not have had the strength, courage or knowledge to do anything like this had it not been firstly for my Menbers and the amazing  encouragement from Unite Union.

I am passionate about looking after our members and put my heart and soul into standing up for what is right. Huge thank you to Unite Union for giving me the tools to do so, I hope to make not only Unite proud but also my team during my time on this Journey and will continue to do so for as long as they will have me.

Once again Thank you Unite for equipping my with all this knowledge to STAND UP & FIGHT BACK!!!!!"