OPINION: If the New Zealand of May 2020 were a dystopian movie franchise or possibly an afternoon at the Colosseum in ancient Rome, we’d have worked out by now who the disposable ones are.

Every fast food worker who needs their job, but equally does not want to become a Covid-19 statistic, might be wondering what price their health is this week, and come to this unhappy conclusion — it’s a figure that falls somewhere below the cost of a Whopper meal or a 20 pack of nuggets.

Fast food workers are not known for speaking out in the national media. It’s not worth their jobs, which in very recent history could be cut to zero hours, and are still some of the most casualised and unstable in the country, to be rocking the boat with their employers.

So it’s startling to count the number of takeaway employees who’ve braved cameras, microphones and the questions of reporters like me this week, to talk about the naked fear they’re feeling as they start back at work under level 3 rules.

While the rest of us have been dividing ourselves into two camps — the ones sitting in the drive through queues, ridiculously happy at the impending delivery of our first lukewarm burger in a month, and the ones bitching about those idiots and their food choices — the workers have no such option. 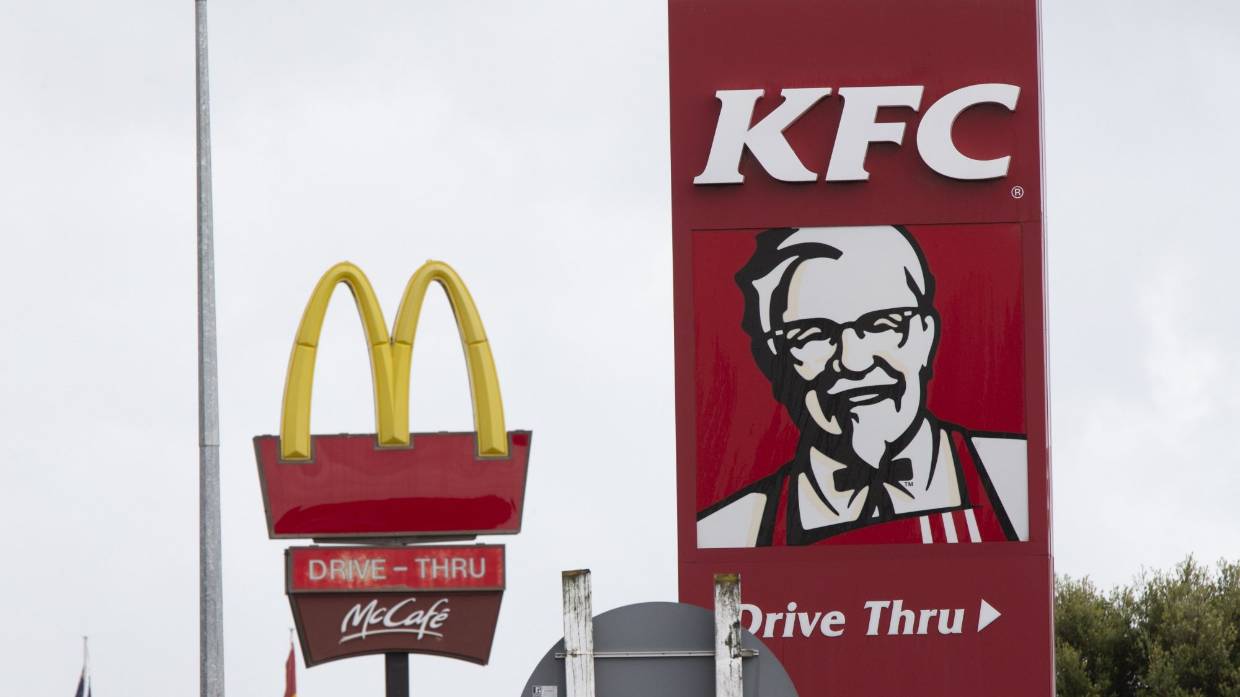 KFC and McDonald's takeaways were closed during the lockdown level 4 but reopened for contactless pick up in level 3. Photo: ROSS GIBLIN/STUFF
DOMINION-POST

KFC and McDonald's takeaways were closed during the lockdown level 4 but reopened for contactless pick up in level 3. Photo: ROSS GIBLIN/STUFF
They’re having to deal with being within a metre of a new punter every few seconds as the cars roll through relentlessly. They’re having to put an extraordinary amount of trust in their fellow workers who are also hustling at double-speed, trying to meet the need.

If you think I’m overstating because you've seen the Basin Reserve Maccas on a Friday night, you know what busy looks like. Look at the stats. After selling 300,000 burgers nationwide on Tuesday to customers who’d started queueing at 2am, two McDonald's stores had to be closed for a day when they completely ran out of food to sell.

By the end of this week there were twin narratives running. In one ear, we heard the soothing assurances from head offices that everything was under control and stringent guidelines were being followed to the letter. In the other, panicked servers told of co-workers bumping into them in the push to fill orders, and customers insisting on paying with cash and even getting out of their cars and walking up to delivery windows.

One told me she had time to strip and replace her gloves between customers but could only wash her hands three times in a shift. It’s not her managers’ fault, she said, they’re trying to keep an eye on everyone but that’s just not possible when it’s this busy.

Both these versions of reality cannot all at once be true. 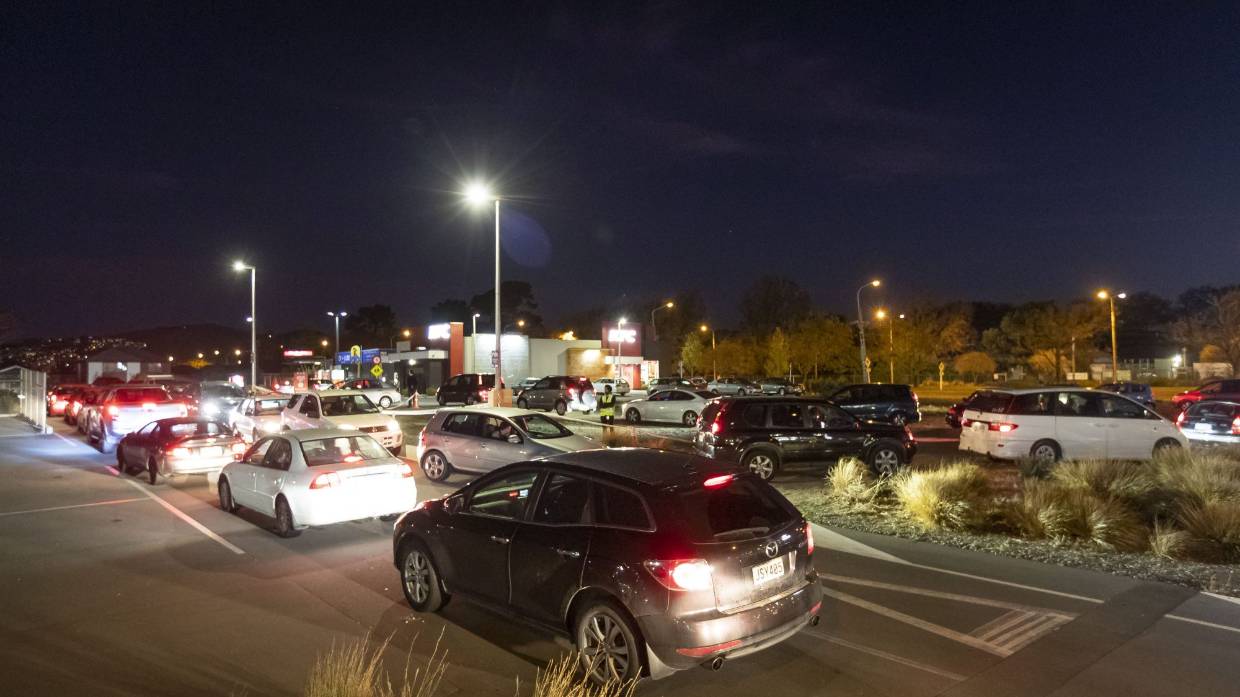 Level 3 day one saw queues for fast food. Pictured are KFC lines at Eastgate, Christchurch. Photo: ALDEN WILLIAMS/STUFF
Unfortunately for the workers, while head office continues to squeeze its eyes shut, stick its fingers in its ears and waggle it’s head singing "lalalalala", there’s not much they can do to change things. They know all complaints must go first to their store manager, and they also know that will get them nowhere.

“They’re not really in control because it’s head office that decides, not the store managers,” one told RNZ’s Morning Report on Friday. She wouldn’t even name the brand she worked for, for fear of retribution.

On Thursday the prime minister suggested workers should feel confident to speak up if they thought level 3 guidelines were being breached. This is a pleasant, but sadly flawed theory. Similarly, relying on customers (who cannot see the inside workings of a restaurant from their spot in the drive-through line) is also unworkable.

WorkSafe is the government body charged with checking out the breaches but according to its website, is sticking to “a strong preference for using non-attendance processes for gathering evidence” (who writes this stuff?) Translated, this means making phone calls to check things out rather than turning up for a squizz in person. There’s not much imagination needed to work out how effective that might be. On the phone, a manager could, with easy plausible deniability, claim there are guidelines in place, and that they are being followed. 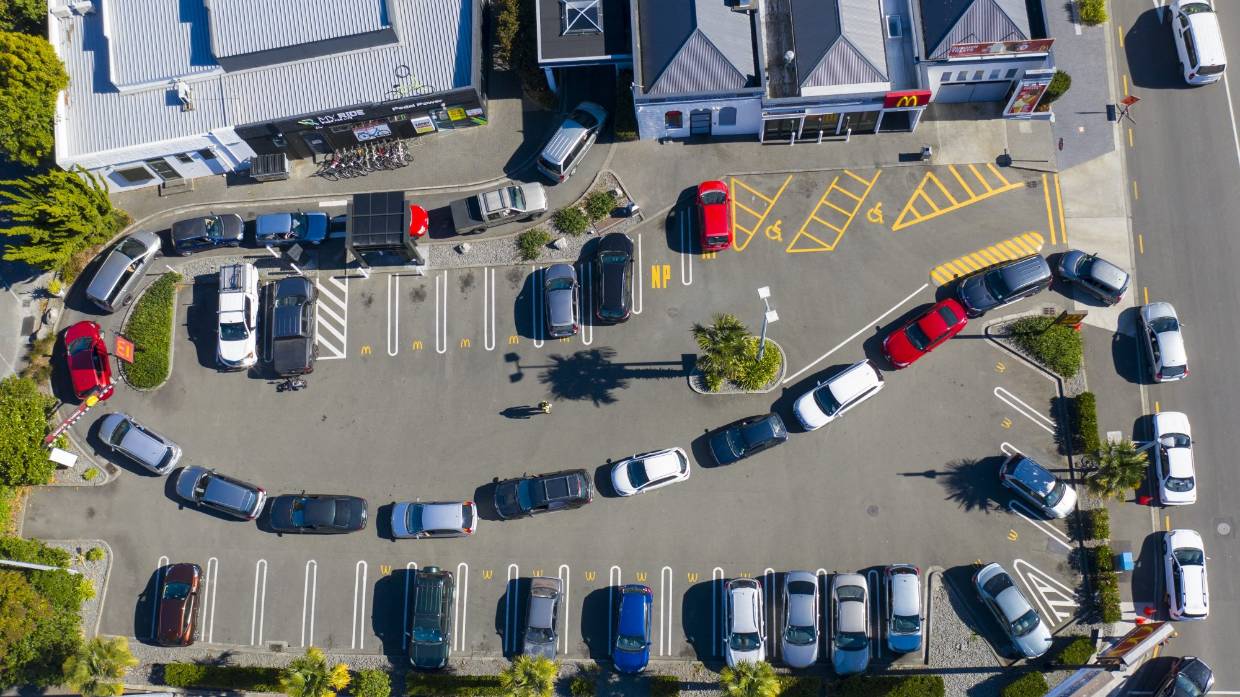 Lines of cars at Napier and Taradale McDonlad's as people queue for their first takeaway fix after level 4 lockdown. Photo: JOHN COWPLAND

That leaves enforcement to the police under the Health Act. Are we really going to see police raids on fast food kitchens?

Perhaps the guidelines themselves are unworkable. I contacted head office representatives at Antares Restaurant Group, the parent company of Burger King, and Restaurant Brands, which owns KFC, Pizza Hut and Carl’s Jnr., and both gave me a full run-down of their policies, which are based on the Government’s guideline document.

On paper they look good. Sanitising of surfaces and EFTPOS machines between customers, handwashing every 30 minutes, gloves for everyone, masks available, one metre between each worker in the kitchen. Both companies say these rules can and are being adhered to.

But once again that does not match with the picture in-store, which raises the question of whether their response to the guidelines was worked out on the whiteboard, without factoring in the size of New Zealanders’ hunger. Rules are a super idea until the demand for your food is so great, that the need to fill orders quickly overcomes the ability to stick to them.

A week or two ago, we were all concerned about a different kind of frontline worker being exposed to Covid-19 without adequate protection. There's a lot we don’t yet know about the virus and how it spreads, but we do know it can carry long distances, hang in the air for periods of time, and that a potentially large proportion of carriers are asymptomatic.

Fast food workers are not nurses and doctors, but in our desperation for the meals they produce, we sure as heck have designated them essential worker status.

Have we then decided that they are somehow less worth protecting? Are we happy to decide these workers are disposable, because we’re hungry? And how does this marry up with any of the other restrictions we are enduring as a country?

If we really believe in all Kiwis' right to health AND and a job, we will have to demand our favourite takeaway places give us less, not more, because right now it seems the only way workers can safely follow their own guidelines, is to limit the number of dollars coming in, and quarter packs going out.